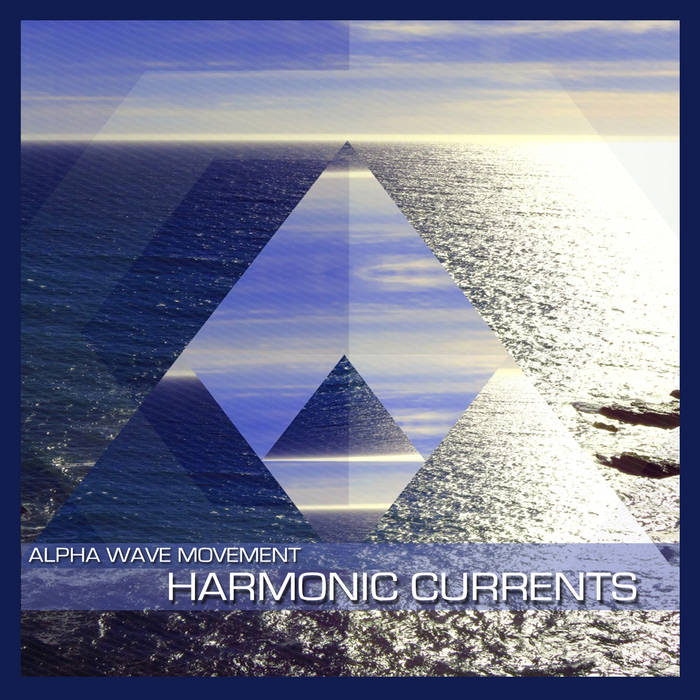 "Inspired by the hypnagogic lure of the vast ocean. A two composition ode to the muse of the liquid cosmos of deep enigmatic allure. A crystalline molecular matrix of electronic sound and gossamer timbral aesthetics. A subtle quietude of articulation that oscillates within the harmonic currents."


Despite an almost twenty-five year career that has seen over twenty works to date, Alpha Wave Movement, the alias for Gregory Kyryluk , has released three albums throughout 2015 alone, each one offering its own unique musical identity and different approach to the progressive-electronic and ambient genres. But late November's `Harmonic Currents' is not only far and away the most subtle, ambitious and even challenging Alpha Wave Movement release of the year, it's perhaps one of the grandest artistic statements of Kyryluk's entire career. Inspired by the hypnotic lure of the vast ocean, it's an hour long, two-part continuous electronic sound-world collage with a true cinematic grandeur, more or less the soundtrack to a complete universe being born before your very closed eyes.

The title track `Harmonic Currents' and `Nautilus Dream' (really one piece merely indexed into two) are deeply reflective and abstract ambient long-form ruminations with not a hint of a melody and only the most subdued of percussive elements used sparingly. At first glacial, eerie, even uneasy in a few moments, a warming reassurance and sense of wonder is gradually revealed. Over lulling ambience of gently crashing waves, crystalline icy electronic shards ring through the atmosphere, ethereal tones taking on almost siren-like cries that beckon and finally embrace. Meditative chimes stretch on forever, mischievous electronic trickles dance playfully and panning spiritual groans unfold into rapturous heavens. Swirling sustained caresses and the most restrained of choral-like synth choirs grow in subdued power, until finally all is reborn in blissful serenity and a new sense of peace and contentment.

Never has Gregory Kyryluk attempted such a wondrous, ever-unfolding aural expanse as this before. Despite being more heavily droned based in parts than many other Alpha Wave Movement works and built around long stretches of placid ambience, the piece rarely sinks into overly New Age-styled prettiness, thankfully maintaining a restrained sense of growing awe to constantly provide substance. It reminds of the less isolating Berlin School-flavoured extended works, a more purposeful and less obvious take on the genuinely good early albums by Japanese ambient icon Kitaro in fleeting moments, and even better, is very much in the vein of Steve Hillage's iconic cosmic classic `Rainbow Dome Musick'. `Harmonic Currents' requires great patience over repeated listens and an unhurried acceptance to appreciate, so it's best the listener simply lies back and completely surrenders to the music. They'll discover not only an evocative, intelligent and calming musical journey, but another exceptional progressive-electronic work from the Alpha Wave Movement.

Five stars for a release that seasoned prog-electronic listeners should relish.