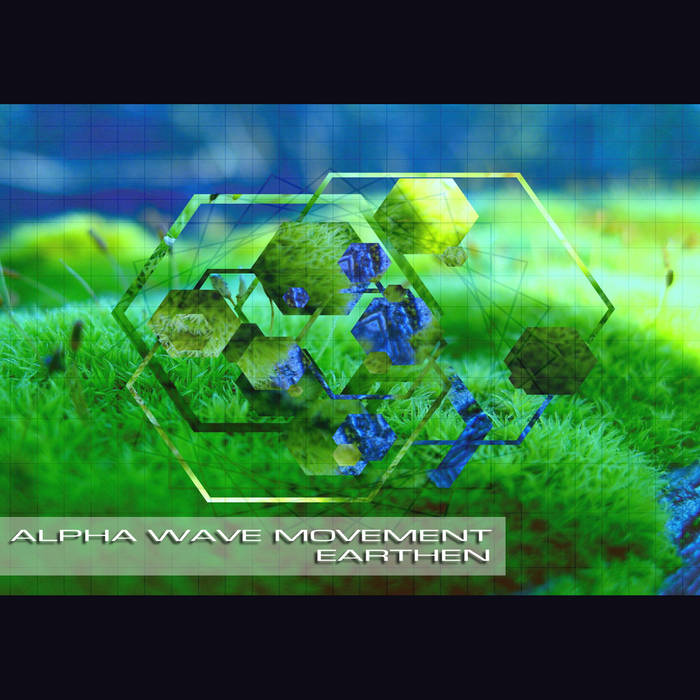 Jettison the pop culture world into a landscape of soothing tonal colors. A beat-less environment of introspective audio realms conceived out of the quiet earth fused into timeless abodes of sound. Subtle pulses luring & surreal.

On "Earthen", Gregory Kyryluk has somehow been able to collect the best ingredients from his output as Alpha Wave Movement, blending his trademark of evocative ambient atmospherics and contemporary electronic sounds together with flares of Berlin School.

The beautiful opener "Immerse" already illustrates smooth spacescapes intwine perfectly with gentle, holdback sequencer patterns. Subtlety and introspection also apply to the mesmerizing spherics and waves making up the title track, on which a certain meditative current also can be discerned. A smooth sense of motion surfaces on the ethereal and uplifting "Pulseforms", where I also felt a sense of classic Steve Roach shimmering through. Next are the slow drifting soundscape textures and xylophone sounds of "Source", all creating a dreamy sphere of tranquility and minimalism along a slight Asian mood.

The cosmic theme is addressed very nicely on "Helios", and arc or morphing, silencing waves and textures. At the end of the album, the wavering textures of "Forest" complement those of "Source" in a very cool manner. In addition, the whole album would do very well on repeat-mode as one doesn’t get tired of its valvenizing impact.

`Earthen' is the twentieth studio release to appear under the Alpha Wave Movement banner, an alias for Gregory Kyryluk's progressive electronic/ambient/New Age project. Each new album sees the artist further honing his talents in fascinating directions, and this may just be one of his most subtle, exploratory and expansive works to date. Despite the Berlin School style of electronics often bringing to mind cosmic environments and deep space surroundings, never once do the six extended instrumental compositions on offer here ever actually sound other-wordly. Instead a very earthy, grounded and deeply personal quality makes this is a contemplative journey inward, as opposed to shooting for the stars and galaxies beyond.
The soothing opener `Immerse' gradually unfolds with gently undulating waves of electronic veils and teases of spectral choirs, electric piano tip-toes twinkling like stars in a the night sky cocooning a barren desert and quickening ticking loops teeming with life sound like the birth of a brand new world. Meditative submerged chimes and panning arching electronics sliver through the title track, a kaleidoscope of deeply introspective, dream-like and comforting moods, even confronting in little moments, and some sighing patterns briefly remind of the more romantic qualities of Steve Roach's `Structures from Silence'.

`Pulseforms' is laced with mystery, as subtle rippling beats and trickling loops grow in urgency and retreat to the background throughout an alluring and enveloping expanse. Approaching electronic swells are defeated with waves of slowly emerging Eastern flavoured bliss in `Source', `Helios' is a slowly evolving darker drone of haunting textures with brief wistful glimpses that vanish in an instant, and lengthy sustained ebbing and flowing synths rise around low-key field recordings of nature on sublime album closer `Forest'.

Already having delivered numerous high-quality electronic works in a captivating mix of the above mentioned styles, some of which may even be able to considered something close to modern electronic classics (`Architexture of Silence' and `Yasumu' instantly come to mind), Kyryluk has delivered one of the most subtle and satisfying works of his twenty-plus year career with this project. `Earthen' requires great patience and endless replays before the compositions carefully reveal their intelligence and sophistication, and it will reward greatly those listeners with the perseverance to discover its many nuances. The New Age elements never once take on those banal, overly pretty elements that represent the worst qualities of the tag, and while the artist may take little influences from the Progressive Electronic masters, his music never ends up imitating them for a second.

`Earthen' is a celebration of the spirit, the soul and nature itself, and is not only a standout release for Gregory Kyryluk and the Alpha Wave Movement, but one of the progressive electronic highlights of 2015.

All music channeled thru Gregory Kyryluk